UK Finance has launched its EU-UK trade report ‘Supporting Europe’s Economies and Citizens: a modern approach to financial services in an EU-UK Trade Agreement’ setting out an ambitious model for trade in banking and capital markets services. The report contributes to the debate about what the future relationship between the EU and the UK might look like and how it might be built in such a way to preserve some of the commercial and economic benefits of the existing close ties under a new agreement.

Handelsblatt press article by Michael Glos, former German Federal Government Minister for Economy who provides his views on Brexit’s impact on Financial services across the Continent Including that that it is likely that local banks will not be able to fill the void left by loss of financing for corporates (including Mittelstand) from UK based banks being forced to adjust their pan European offer.

UK Finance Senior Policy Director Diederik Zandstra blogs on the need for interim measures as part of a deal on Brexit.

Stefano Ruvolo, Chairman of Confimprenditori, said: “Caution is needed during Brexit negotiations, access to funds for Italian corporates should be safeguarded.”

The quest for funds to foster growth and investment has traditionally been a priority for Italian SMEs. Within the context of the ongoing economic crisis, Italian SMEs face greater struggles due to the credit crunch and the combined effect of red tape and taxes. Access to credit comes shortly after bureaucracy and taxes – as recently highlighted by the 2016-2017 Competitiveness Index 2016-2017 issued by the World Economic Forum – in the ranking of top concerns of Italian entrepreneurs.

The Hon. Daniele Capezzone, of the Italian Conservatives and Reformists group: “With its unique concentration of financial services, London has become an indispensable go-to for businesses from all over Italy”

When conducting the Brexit negotiations, Italian government officers should also remain acutely aware that the Italian financial system is currently not in a position to match the demand for funding from Italian businesses. Hence, before we decide to kiss goodbye to London as we have known it, extreme caution is needed.” 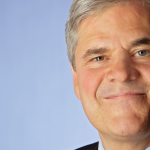 Andreas Dombret, Bundesbank: “make sure the transition is as smooth as possible”.

In an interview with the BBC, Andreas Dombret – member of the Executive Board at the Bundesbank – said that any risks to financial services would not just be in the UK. He said: “I see risks not only for London; I see risks for Germany and for the rest of Europe, should there be an impact of Brexit on economic circumstances it will not be concentrated on Great Britain it will be also in the rest of Europe”. 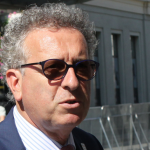 Pierre Gramegna, Luxembourg Finance Minister: “We have a lot of common interests, a lot of trade happening, and we want that to continue.”

Pierre Gramegna, Luxembourg’s Finance Minister, told Bloomberg that: “London is the largest financial centre in the world. Luxembourg is the second largest in Europe. We have a lot of common interests, a lot of trade happening, and we want that to continue.” 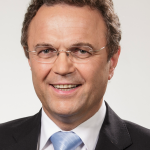 Hans-Peter Friedrich, CDU/CSU Brexit working group: “We have to find ways to make [London financial] services available to the EU, too.”

Hans-Peter Friedrich leads the Brexit working group for the CDU/CSU grouping, the largest group in the Bundestag. In an interview with Bloomberg, he said: “There are services that you have to leave in London simply because London is better at them”.

How can we ensure that the financial architecture of Europe best serves the interests of Europe’s 500m citizens?

How do we encourage “Zusammenarbeit” and constructive co-operation?

Why the UK and Germany will maintain the best global standards…

Aimed to be informative to readers across the EU, UK, and the wider global financial services community. The briefings reflect on key commercial, regulatory and political considerations around Brexit. Read them here.

No interruptions – Options for the future UK-EU data-sharing relationship

The United Kingdom’s exit from the European Union will transform the way personal data is shared between the two parties from a relationship based on a deeply integrated single legal framework to one between two separate jurisdictions. Read the full report here.

UK finance proposes an alternative model for a future trade framework for banking and capital markets services between the EU and the UK. Read the full report here.

UK Finance's report closes an important gap in the developing public analysis and understanding of the implications of Brexit for EU customers. Read the full report here.
Scroll Up